In The January Issue: Base Pair recently launched ready-to-use Aptamer Resuspension Buffer, Aptamer Folding Buffer, and Aptamer Reducing Buffer (for thiolated aptamers) to simplify aptamer handling and improve aptamer performance. Feedback and results have been so positive, that we have decided to extend the free buffer offer through March of 2018. Now through March 30, 2018, receive a FREE Aptamer Resuspension Buffer and a FREE Aptamer Folding Buffer with any catalog aptamer order. Simply request the free buffers in the comments section on your order. A growing number of studies are demonstrating the utility of selective aptamer binding in research, diagnostics, and therapeutics. Some researchers are reporting on the use of DNA aptamers, while others work exclusively with RNA. Are DNA aptamers or RNA aptamers better? As you might expect, the best choice will depend on your specific application. The article below provides an overview of advantages of both DNA and RNA aptamers to help you to decide the best path forward for your aptamer development project. 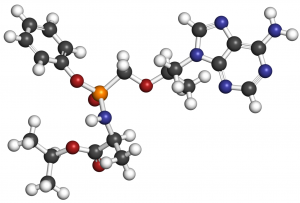 Small molecules present an ongoing challenge for antibody production and detection. After all, how do you generate an immune response to a non-immunogenic small molecule? Unlike antibodies, DNA- and RNA-based aptamers are chemically synthesized and can be selected for binding to non-immunogenic and toxic compounds. Aptamers can differentiate between enantiomers and selectively bind molecules that differ by a single functional group (4). Aptamer-based detection is being explored for a wide range of small molecules, including environmental contaminants, food-borne toxins/contaminants, drugs of abuse, antibiotics/therapeutic agents, and molecular markers (3,4). Though small molecules do not possess the availability of complementary binding sites required for sandwich assays, aptamer-based biosensors and competitive assays are exciting new tools under development for small molecule detection and monitoring (3).

Researchers at the University of Virginia developed an electrochemical aptamer-based displacement assay for the detection of cortisol, a stress-related hormone used as a biomarker in several therapeutic areas. The assay selectively measured cortisol within a broad range of 30 pg/mL to 10 ug/mL in serum and saliva (5). Researchers at Wright-Patterson Air Force Base used a DNA aptamer from Base Pair Biotechnologies to develop a colorimetric assay for the detection of serotonin, a regulatory neurotransmitter linked to sleep, appetite, and behavior. Based on the use of aptamer-functionalized gold nanoparticles, the test showed linear measurement in a clinically-relevant range of 132 – 440 ng/mL (2). Detection of small molecules in patient samples currently involves complex analytical methods, such as LC/MS, that are expensive and time-consuming. The validation of fast, simple aptamer-based detection methods will enable point-of-care detection and monitoring of important small molecule biomarkers.

Establishing recommended doses is a critical and challenging step in drug development. As researchers strive to improve bioanalytical methods in drug development, clinicians are exploring selective, aptamer-based tools for point-of-care drug monitoring. Optimal drug dosage can be affected by physical differences between patients, differences in drug delivery, and potential drug-drug interactions. Fast, sensitive, and selective methods to monitor circulating drug levels will enable clinicians to adjust drug dosage over the course of treatment to enhance drug performance and reduce side effects.

Researchers at Rutgers University recently selected an aptamer to an azole antifungal drug, a class of small molecule drugs that is very hydrophobic. When the aptamer was immobilized on a graphene field-effect transistor, drug binding to the aptamer created a measurable change in the GFET gate voltage. Further testing with patient samples is ongoing (6). Researchers in Europe have taken aptamer-based biosensing a step further with preliminary results for plasma-based measurement. They developed a field-effect biosensor for detection of tenofovir, an anti-retroviral small molecule drug approved for the treatment of HIV and Hepatitis B, using aptamers supplied by Base Pair Biotechnologies. The field-effect sensor was selective for tenofovir in both buffer and plasma. The sensor showed a linear detection range of 1nM to 100nM, compared with a clinical range of 20nM to 860nM, indicating sufficient sensitivity for clinical application (1).

Because aptamers are typically immobilized through a thiol modification, biosensors for a wide range of small molecule drugs can be developed through the simple substitution of alternate thiolated aptamers (1,6). The combination of selective aptamers and advanced biosensors for the measurement of small molecule drugs, at a fraction of the time and cost required for current methods, has huge potential in bioanalysis/drug development, clinical trials, and treatment monitoring.

Base Bair has developed aptamers for several small molecules, including ampicillin, tenofovir, drugs of abuse and their metabolites, neurotransmitters, citrulline, and others. Base Pair can select aptamers to small molecule targets for use in a wide range of platforms, including colorimetric/fluorescent assays, electrochemical sensors, and field-effect sensors.

Contact Base Pair today for more information on selection of aptamers to small molecules and other targets.