In The March Issue

The Importance of Negative Aptamer Selection 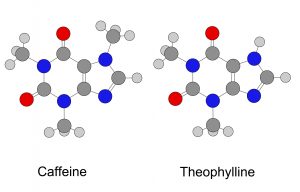 Aptamers are DNA- or RNA-based ligands capable of selectively binding practically any molecular target.  At Base Pair, final aptamer sequences are selected from a starting library of ~1015 unique sequences based on binding to a target of interest. To enhance aptamer affinity and selectivity, sequences that also bind similar compounds or unwanted targets that are present during selection are often removed from the oligonucleotide pool using negative selection, or counter selection. Download “The Importance of Negative Aptamer Selection” to learn more.   Download Article Base Pair is currently developing aptamer-based pull-down assays for purification or depletion of specific analytes.

We’d like to learn more about current challenges in sample preparation for mass spectrometry. Please take this brief, 10-question survey and tell us about your experience with mass spectrometry. Each respondent will be entered to win a $25 Starbucks gift card.

Immunohistochemistry is widely used for the detection of cellular markers for tumor diagnosis. Labeled primary antibodies or primary antibodies and labeled secondary antibodies are used to bind and image a cell surface marker of interest within the tissue sample. While antibody affinity reagents have been validated for use in an ever-growing number of blood-based and tissue-based diagnostic tests, they do present some challenges, including cell-based production, batch-to-batch inconsistency, and non-specific binding. As a solution, a growing number of researchers are performing immunohistochemistry with Aptamers (1).

target. The aptamer selection process starts with an initial library containing over 1015 oligonucleotides. Each stage of the aptamer selection process involves binding, elution, and amplification to identify selective, high-affinity aptamers for the target of interest (3).  Aptamers are chemically synthesized, simplifying production, improving consistency from batch to batch, reducing regulatory concerns, and often reducing cost compared with traditional diagnostic antibody production (1). Aptamers are highly selective and easily conjugated to a wide range of tags for imaging without affecting selectivity or affinity (4).  Small aptamer size, approximately one tenth the size of an antibody, may facilitate histochemical staining of co-localized proteins, a case where steric hindrance could be an issue for large antibodies (1).  In addition, new techniques in aptamer discovery have enabled aptamer selection to tumor cells prior to identification of a unique cell surface marker, accelerating the development of new affinity reagents for diagnostics.

With the use of cell SELEX, a selection technique involving live cells as targets, aptamers can be selected for binding to a specific cell type. Researchers at Xiamen University used cell SELEX to develop DNA aptamers selective for metastatic cancer cells for use in early detection of cancer metastasis. To maximize selectivity, SW620 cells derived from metastatic lymph node were used for positive selection and SW480 cells derived from primary adenocarcinoma of the colon were used for negative selection. Flow cytometry was used to measure enrichment over fourteen rounds of cell SELEX. The resulting XL-33-1 aptamer was FAM-labeled and used for tissue analysis via laser confocal fluorescence microscopy. Aptamer XL-33-1 was highly selective for metastatic tumor tissue and lymph node tissue with cancer metastasis. Though the exact aptamer target on the cell surface was not determined, loss of activity upon treatment with trypsin suggests it is a protein (5). An increasing number of cell-specific aptamers are being generated for use in diagnostics and drug delivery.

As cancer therapeutics continue to develop, there remains a strong need for earlier diagnosis of cancer and cancer metastasis. Aptamer-based methods are increasingly being exploited for advanced imaging. Researchers at Hunan University developed a DNA aptamer for detection of metastatic prostate cancer using cell SELEX. Aptamer enrichment over 18 rounds was monitored by flow cytometry. Following selection of the DML-7 aptamer, laser confocal fluorescence microscopy was used to image cells in culture and to image a deparaffinized tissue microarray. Selectivity for DU145 and PC-3 prostate cancer cells with metastatic potential vs. prostate cancer cells without metastatic potential confirmed the DML-7 aptamer as a promising tool for early diagnosis of metastatic prostate cancer (2).

A growing number of researchers are exploring aptamer-based methods for enhanced tissue analysis. The wide range of options for aptamer selection and labeling offer the potential to utilize aptamer affinity reagents in almost any tissue imaging or cell imaging application.

Contact Base Pair today for more information on selection of aptamers for specific cell surface markers or tissue types.