Base Pair is pleased to offer a new line of Aptamers for Detection of Neurotransmitters 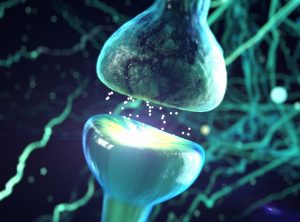 Development of Affinity Reagents to Neurotransmitters

While monoclonal antibodies have been the reagent of choice in the development of assays for detection of a wide range of targets, they present several challenges when detecting neurotransmitters. Because traditional antibody generation requires an immune response, it is very difficult to raise antibodies against non-immunogenic small molecules, including neurotransmitters, metabolites, and drug compounds. Because aptamers are chemically synthesized, they can easily be selected against non-immunogenic and toxic compounds. Antibodies are often limited in their ability to distinguish between highly similar compounds, while aptamers can selectively bind molecules varying by a single functional group, enabling precise detection of highly similar neurotransmitters and related metabolites. Because aptamers are chemically synthesized, they offer a reduction in batch-to-batch variability, production time, and production cost. Combined with enhanced temperature stability and regeneration capability, these production advantages make aptamers an ideal choice for a wide range of detection assays, including ELISA-like asays, lateral flow assays, and biosensors. (6)

Aptamer-Based Biosensors for Dopamine and Seratonin

Researchers in Denmark have reported on an improved RNA aptamer-based electrochemical sensor for specific recognition of dopamine. RNA aptamer selective for dopamine was immobilized on a gold electrode via an alkanethiol C6 linker. Continuous chronoamperometric measurement was conducted using flow-injection analysis, involving the injection and removal of dopamine, to determine the regeneration capability of the biosensor.

Selective detection was confirmed in the presence of structurally similar neurotransmitters, including norepinephrine, levodopa, and catechol. Dopamine was detected in the range of 10 nM to 1μM in buffer. The sensor maintained stable operation for one hour with a limit of detection of 62nM. Performance over a 20-hour period was confirmed with a 10% serum solution with a slight reduction in sensitivity. Overall, the biosensor demonstrated both applicability for in vivo monitoring and enhanced stability of bound RNA aptamers. (1)

Researchers at the Wright Patterson Air Force Base recently developed a biosensor for the detection of the neurotransmitter serotonin using a DNA aptamer from Base Pair. The biosensor selectively detected serotonin within the physiological range of 750 nM to 2.5 µM (132 ng/mL to 440 ng/mL), with a limit of detection of ~300 nM or 52 ng/mL in buffer. Selective detection of serotonin was also shown in filtered, spiked fetal bovine serum. (2)

Selection of Aptamers for Neurotransmitters and other Small Molecules