In The September Issue 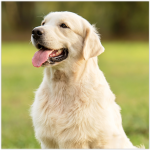 Comparative oncology is the study of naturally-occurring cancer in animals to identify treatments that can be applied to humans. Many types of cancer, including several types that are identical to human cancer, are very common in dogs. Clinicians are learning that curing cancer in dogs can frequently result in effective cures for humans.

According to the National Institute on Drug Abuse, overdoses from 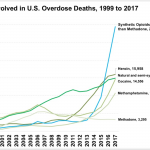 synthetic opioids, including fentanyl, spiked to almost 30,000 in 2017, up from 5,000 just three years prior. As the availability and use of powerful synthetic opioids escalates, first responders, law enforcement, medical personnel, remediation workers and forensic laboratory personnel are increasingly at risk.

Base Pair Biotechnologies has been awarded a grant from the CDC to develop aptamers and lateral flow assays (simple strip tests) for the rapid detection of several synthetical opioids on surfaces. Detection of the presence of powerful opioids can reduce accidental exposure, improve remediation efforts, and confirm required treatment in response to accidental exposure. Read More

Advances in fluorescence microscopy have reduced the size of molecules that can be studied without the assistance of an electron microscope. Diffraction unlimited microscopes are achieving resolutions below 10 nm. Fully exploiting this resolution requires a new class of affinity labeling reagents. Most antibodies are between 10 and 15 nm. This size was not an issue in traditional immunostaining applications. In high resolution imaging, however, size matters and smaller is better. Antibodies and antibody complexes are often larger than targets being detected and the resolution of instrumentation, limiting the density of labeling. At only 3nm, DNA and RNA aptamers have been shown to find a greater number of targets and achieve higher labeling densities (1,3). This enhanced degree of labeling can be applied to increase fluorescence signal strength and uniformity in the study of both cell surface markers and intracellular targets. 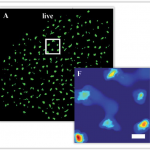 reconstruction microscopy (dSTORM) to determine the spacial organization of epidermal growth factor receptor (EGFR) on the surface of live Cos-7 cells. With pre-treatment using an inhibitor to endocytosis and low temperature, the team limited EGFR aptamer detection to the cell surface. Labeling with EGFR aptamer and cetuximab (anti-EGFR) monoclonal antibody were compared. While both labeling agents detected a similar number and distribution of EGFR clusters, the EGFR aptamer was able to label molecules within large clusters of > 10 molecules. (See super resolution image above.) Using the anti-EGFR aptamer, researchers discovered that EGFR formed larger clusters containing more molecules following EGF activation, a phenomenonhat could not be detected using a large antibody (3). While the small size of aptamers often enables a higher degree of labeling and stronger fluorescence signal, the unique 1:1 stoichiometry of aptamer binding to target and fluorophore to aptamer can been exploited to quantify both cell surface and intracellular target localization in living cells (2).

Another research team in China recently evaluated aptamers as substitutes for lectins in carbohydrate labeling using direct stochastic optical reconstruction microscopy (dSTORM). While multivalent lectins are commonly used to study carbohydrates on cell membranes, cross-linking interactions can be an issue in high resolution imaging. Imaging membrane-bound N-acetylgalactosamine (GaINAc) in Hela and Cos-7 cells, researchers observed similar imaging resolution for aptamers and lectins. Aptamers generated a smaller cluster size with increased density. With aptamer staining, the fluorophore was closer to the target, making it easier to recognize molecules within clusters. In dual-color imaging experiments, aptamers also displayed better selectivity, with a greater reduction in binding following treatment with an anti-NAcase enzyme (1).

Studying key cell surface and intracellular targets can be incredibly useful in understanding cellular physiology, disease progression, and drug metabolism. Using proprietary selection techniques, aptamer candidates to unique targets can be provided in 5 to 9 weeks. Chemical synthesis ensures perpetual access to selected aptamer sequences. Aptamers are easily labeled with a wide range of fluorophores with no loss of affinity or selectivity and aptamer success has been demonstrated in many in vitro and in vivo imaging applications. Aptamers can be selected to a wide range of targets including receptors, drug compounds, and metabolites. Using Base Pair’s patented multiplex selection, aptamers to several targets can be selected simultaneously.

Contact Base Pair today for more information on selection of aptamers.